Storytelling. It’s the new mantra. Even though it’s so old, that some estimate its origins at 9,000 years, others at 36,000 years. What’s a few thousand years? The point is, we seem to just be discovering the power of storytelling in business. What is the power of storytelling exactly? It is the fundamental desire of human beings to know “what comes next” when they hear a story. We are mentally on the edge of our seats, participating in a journey in which we are fully engaged. Stories captivate.

In contrast, most PowerPoint presentations elicit an overwhelming feeling of “when will this be over?”

Why is so much of the business world—especially B2B--so reluctant to embrace storytelling?

Because we’ve been conditioned to believe that if we’re not logical, rational and objective, we are neither serious nor credible. This is also a great cover for those of us who don’t feel comfortable connecting with people emotionally, especially in business situations. Cloaked in layers upon layers of suffocating detail and a mind-numbing catalog of data and “facts,” it makes the presenter feel comfortable—and it puts their audience to sleep.

Seventy or more presentation slides packed with so much “noise” on each slide that you can almost hear the slide screaming for relief is unengaging, uninspiring and unlikely to influence anyone the way you are hoping to influence them. If you have that much information on each slide, why does the presenter even need to be there? The presenter is there to support what’s on the slide, not the other way around.

Many people believe that data and “facts” are unassailable. This is because data and mathematical science have always been endowed with a natural superiority over emotion. I challenge that. It is nothing but an illusion. We all know that data can be manipulated to create the version of the truth that favors our interests, and certain facts are eliminated to do the same.

This alleged natural superiority of “facts” is being challenged on the turf of social media today, where no one is sure what a fact is anymore, thereby inciting heated challenges. This illusion of authority and credibility serves to inspire the skeptic in people who seek to poke holes in your data and challenge your facts, often to commoditize you against others.

The Power of Storytelling

Conversely, stories don’t invite challenge. They invite understanding, empathy, and acceptance. They engage people by opening their hearts, eventually followed by their minds. This is how they influence others to take action. Once you have emotionally engaged your audience, they are much more open to learning more about you, your company and your product, service or solution.

The beauty of stories is that they are unique and neither right nor wrong. Told well, they are memorable and help differentiate you and your company from others. A well-told three-minute story can accomplish more than a seventy-slide presentation. This is probably difficult for many people to believe, but until they’ve done as much work crafting a three-minute story as they do creating a gigantic deck, they won’t learn this. All the nitty-gritty, complex details are there to support your story—not to be your story. They belong in the speaker’s notes and not on your slides.

What Storytelling is Not

Let’s start with what it’s not. It’s certainly not the old school “Tell ‘em what you’re going to tell ‘em, tell ‘em, then tell ‘em what you told them.” That might have worked thirty years ago in a much simpler time, now it will just put your audience into a coma. Personally, I’ve always given the audience more credit and respect.

Storytelling is also not hype. Hype is a grandiose manufactured exaggeration. Storytelling is rooted in authenticity. Two of my favorite examples of authentic, emotional and influential stories have been told by P&G; “The Look,” and “Dove Real Beauty.”

“The Look” uses historical references and contemporary stories to highlight the bias experienced by black men in America. In this video, it’s a typical morning in the life of a black man; walking his children to school, taking them for swimming lessons, and the look he routinely gets from others throughout his day accompanied by people closing their car windows, elevator doors shutting, being ignored by waitstaff in a diner, etc.

Each act of marginalization is subtle and accompanied by an almost imperceptible look of fear from white people that says, “What are you doing here? You don’t belong here.” And at the end of the video, you see this man enter a courtroom…as the judge. It is a “surprise” ending to a story that opens people’s hearts…making it possible to open their minds.

This story builds empathy, prompting viewers to personally reflect, challenge their perspective and unite in conversation. Far more powerful than clubbing people over the head with a litany of facts and data on racial inequality, which hasn’t changed anything.

The Dove Real Beauty campaign tells an authentic story that ignited a global conversation about the need for a wider definition of beauty after a study proved that the definition of female beauty was limiting and unattainable (something which most real women have known for years). The data was the study—it was not the story. The data inspired the story.

The story showed that the way women see themselves—which has been dramatically shaped by the male-dominated media since television first began broadcasting—is drastically different from how others perceive them. The “sketching” exercise employed in the study visualized how real women described themselves in a more realistic and less flattering way to a sketch artist who drew their face. This sketch was compared to a second sketch drawn by the artist of the same woman as described by others. The difference between the two sketches was shocking.

Both stories are breathtaking in their authenticity and their storytelling power.

The irony is that storytelling is actually very big business.

Storytelling is an Industry

Indeed, storytelling is an industry. Movies, TV shows, Netflix, Prime Video, Hulu, books, songs, podcasts, newspapers and magazine, Broadway shows, amusement parks. Engage in any of these and you’re asking to be entertained by a story. It’s been conservatively estimated that the global entertainment and market is valued at $2 trillion dollars.

But if you consider the non-commercial market value of storytelling, it’s much, much greater.

You might say that storytelling is much more than an industry. It’s how we live, how we learn and how we connect with others.

If logic were more influential than emotion, Martin Luther King Jr. would have stood in front of millions before the Washington Monument and told everyone he had a plan, not a dream.

If logic were more influential than emotion, then just repeating facts about climate change would help reverse it. It’s only the moral clarity brought to the issue by 17-year-old Greta Thunberg that is changing minds—because she’s changing hearts.

And if logic were more influential than emotion, Sir Winston Churchill would have lifted the spirits of an entire British nation with numbers about loss instead of his evocative “Finest Hour” speech imagining a victorious British empire and its commonwealth.

Any intelligent person can report the facts, make lists, and draw conclusions. It’s not that difficult. But it doesn’t influence change by itself. Turn it into a story, one that speaks to people’s hearts to inspire action—that’s how you influence change.

Well yes, and no. Maybe raw data is objective. But once you start manipulating the presentation of data, it is no longer objective. And objectivity doesn’t win hearts. Enron, Bernie Madoff and Theranos told great stories by monkeying with numbers and facts and were immensely successful until the world learned that their stories were completely fraudulent—inauthentic at their core.

Which brings up another point—the conviction of the storyteller is as important as the story itself. Whether we’re talking about the civil rights visionary, Martin Luther King Jr. or the disgraced Elizabeth Holmes. While often attributed to personal chemistry or charisma, the truth is, it’s really about conviction, a total belief in your story…your company, your product or solution and yourself.

Talk to customers. Listen to their stories. Listen deeply. Pay attention especially to the personal stakes as well as the commercial stakes. Every interaction you have with a customer has the potential to be a paragraph or chapter in a powerful story that reflects your company’s values, personality and brand. Why was this project so important to this person? What did they stand to lose or gain—personally as well as professionally? How did you help them overcome challenges and put their fears to rest? These details matter.

Myth #4: My Clients Care Only About Numbers

Another of my personal favorites. The numbers your clients care about are the business outcomes which is just a form of scorekeeping. But their customers don’t just care only about the numbers. To achieve the numbers your clients care about, you have to influence their customers and prospective customers. To do that, you have to tell them a story that resonates with them on an emotional level—whether it’s serious or humorous.

The insurance industry figured out pretty early that to rise above being perceived as a dry, boring commodity no one really wants to spend more than five minutes thinking about, they’d have to tell stories that uniquely differentiated them from competitors—all three of the brands below all chose to tell humorous stories (to sell an insurance product!) in different memorable ways.

Farmers’ “We know a thing or two because we’ve seen a thing or two,” creates an emotional connection with people through their offbeat stories.

Geico’s “15 minutes could save you 15% or more on care insurance,” creates an emotional connection with people through stories starring its gecko mascot.

Compare The Market’s anthropomorphic Meerkat character, Aleksandr and his “simples” catchphrase creates an emotional connection with people through stories.

I’ll bet Walt Disney, John Lennon, Steve Jobs and William Shakespeare didn’t initially think of themselves as “natural storytellers.” They didn’t stand up in their cribs and start telling stories. They developed the skills over time to become great storytellers.

When a consumer or a business asks you “Why should I do business with you?”, they are asking you to tell them a great story.

At the end of the day, all things being equal (and sometimes not even that), the best story always wins. Why?

Stories can be very long or very short. They just have to be told well. Told well, people will listen very closely—even for an extended length of time. Told well, the stories that are influential are authentic, are built on a razor-sharp insight and entertain—they take the audience on a journey that they find enjoyment in, in the form of illumination, introspection, relatability, or humor.

One of the most compelling stories ever told in business was when Steve Jobs persuaded John Sculley to join Apple with a simple question that was essentially a very short forward-looking story: “Do you want to sell sugar water for the rest of your life, or do you want to come with me and change the world?”

About Patti Soldavini
Patti Soldavini is a futurist who has pushed the boundaries of marketing and creativity to connect brands with consumers, using leading edge technology to drive results. For the past 25 years on both the agency and client sides of the business across the entertainment, retail and pharmaceutical industries, she has served in marketing leadership positions for the New York Cable Marketing Co-op and IQVIA (formerly IMS Health) and in creative leadership positions for Home Shopping Network and Anthem Worldwide prior to joining SGK. She is passionate about the intersection of creativity, technology and psychology. 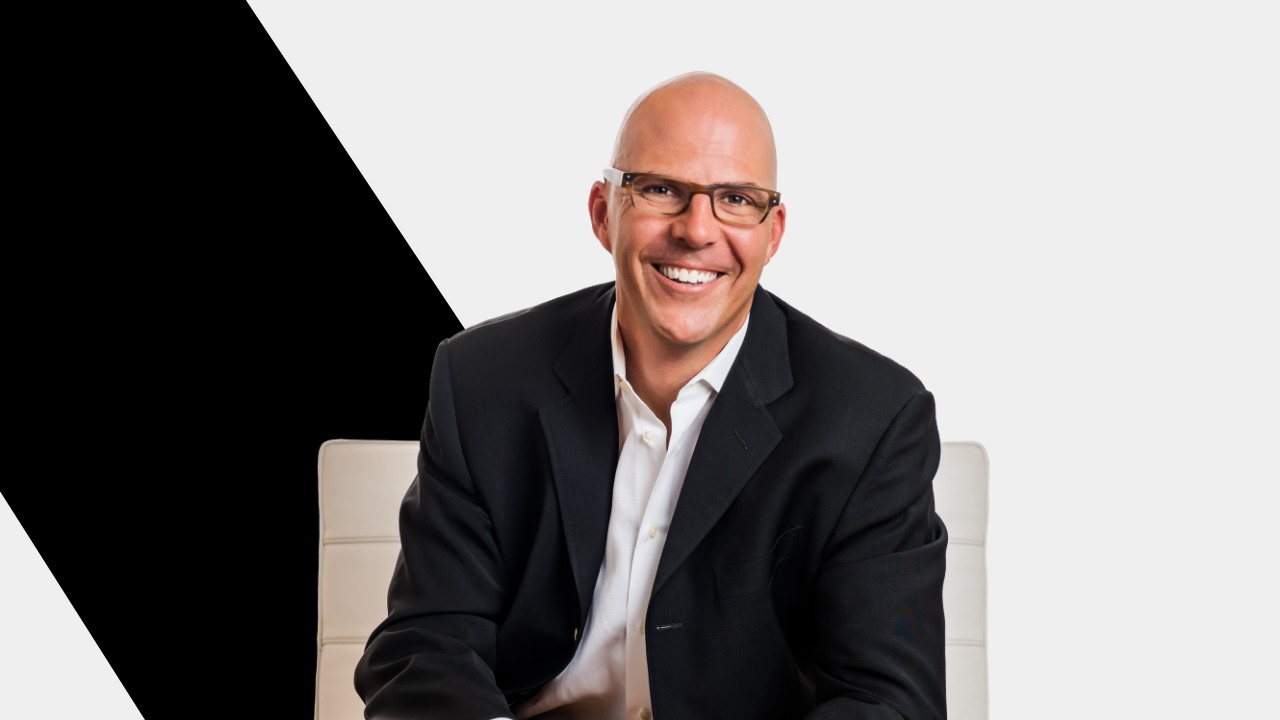 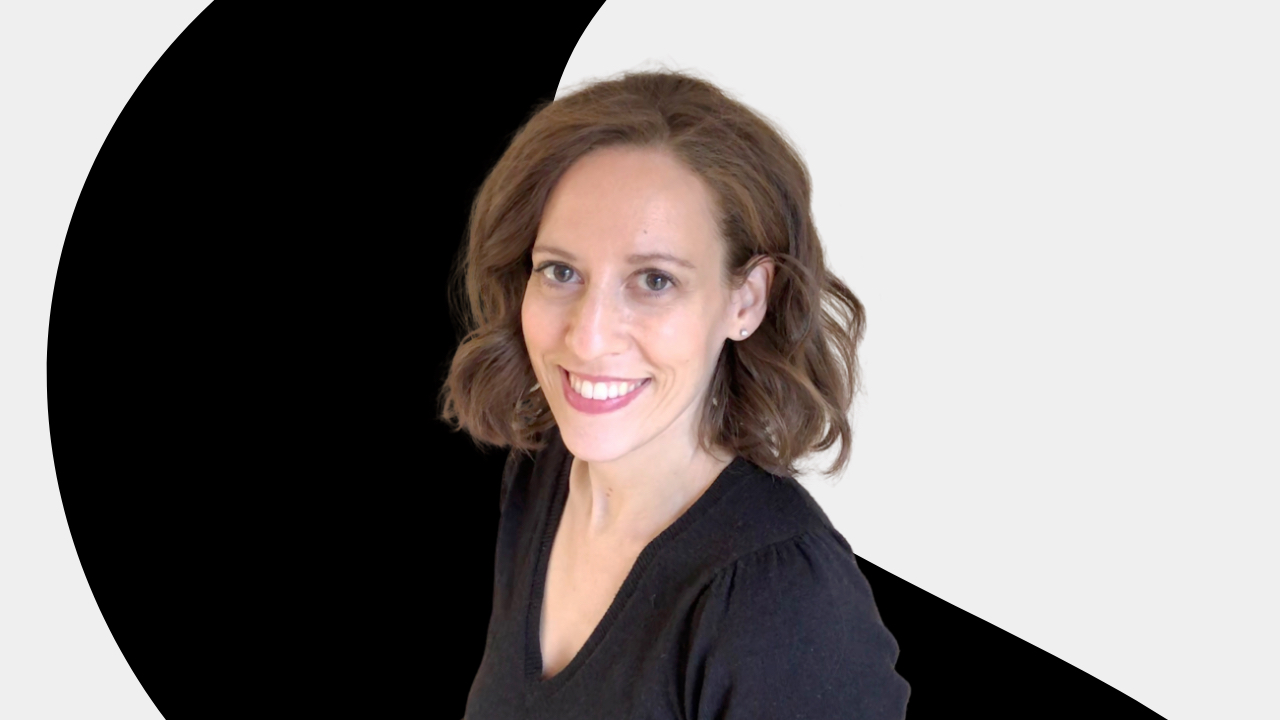 The Hidden Value of Employee-Led Rebranding